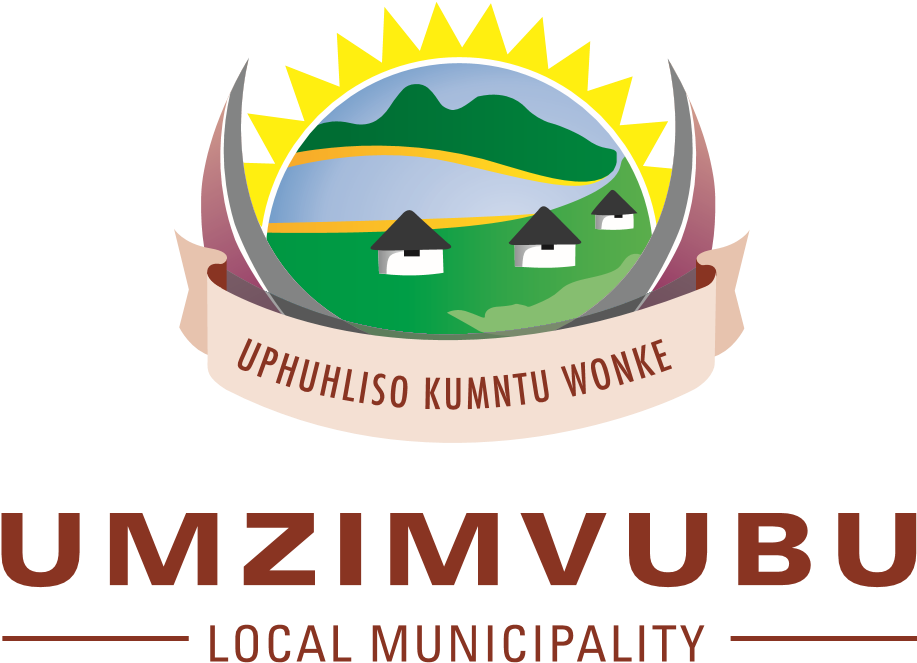 Subsequent to the President’s address on the 15th March 2020, Umzimvubu Mayor, Cllr Sobane Mnukwa welcomed the precautionary measures outlined for the containment of the novel coronavirus. The virus, declared a pandemic by the World Health Organisation (WHO) last week, has spread to various parts of the world, with governments working to actively contain the spread of the virus.

During his address, President Cyril Ramaphosa declared COVID-19 a national disaster, and announced government’s urgent measures towards curbing the spread of the virus. These include a ban on international travel, limitations on domestic travel, advice against gatherings of more than 100 people and controls on entry points.

“The health and wellbeing of our residents and staff remains our top priority. As such, since the outbreak was announced, we have launched awareness campaigns and shared reliable information about how the virus is spread and tips on how best to protect ourselves.

“On a slightly different tone, the municipality has also been advised on fake articles and images circulating on social media which insinuate recorded cases in KwaBhaca” said Cllr Mnukwa.

“The municipality wishes to place it on record that there have been no confirmed cases of COVID-19 in KwaBhaca and EmaXesibeni. The municipality strongly condemns the distribution of such content and advises the public to conduct ‘fact finding’ before disseminating false content on social media” concluded Cllr Mnukwa.

Following the developments in the aggressive nature of the virus and its spread as well as the President’s address to the nation on 15th March 2020, Umzimvubu Local Municipality has decided to post-pone the following public gatherings until further notice: